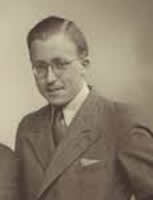 Professor Niels Hjorth was born in Odense, Denmark and trained in dermatology at the Finsen Institute in Copenhagen. His medical training was interruptd by the war and he was contributed to resistance to Nazism in both Denmark and Sweden. He continued research on contact dermatitis started by Poul Bonnevie in 1939 and wrote an important thesis on “Allergy to Balsams, Allied Perfumes and Flavoring Agents” which was published in 1961.

In 1970 he was appointed Director of the Department of Dermatology at Gentofte Hospital in the metropolitan Copenhagen area and became a full Professor at the University of Copenhagen in 1971. He was an inspiring teacher and dedicated clinician. Because of his enthusiasm and energy, he attracted and mentored a large number of young Danish dermatologists, including Jytte Roed-Pederson, Torkil Menne and Klaus Andersen. Contact dermatitis was his main interest and he published several hundred scientific papers and book chapters. He was one of the first to study protein contact dermatitis in food handlers and describe airborne contact dermatitis from Compositae oleresins. Professor Niels Hjorth was one of the founding members of the International Contact Dermatitis Research Group (ICDRG) in 1966 and was Chairman until 1983. He initiated the International Symposia of Contact Dermatitis and together with Charles Calnan as its first editor, and started the journal Contact Dermatitis in 1975. The Niels Hjorth prize was established by the ICDRG in his memory. In an obituary published in 1994 in the American Journal of Contact Dermatitis, 5:182-3, Dr Robert Adams wrote: “Niels Hjorth influenced the theory and practice of contact dermatitis more than any other dermatologist during the second half of the twentieth century.”