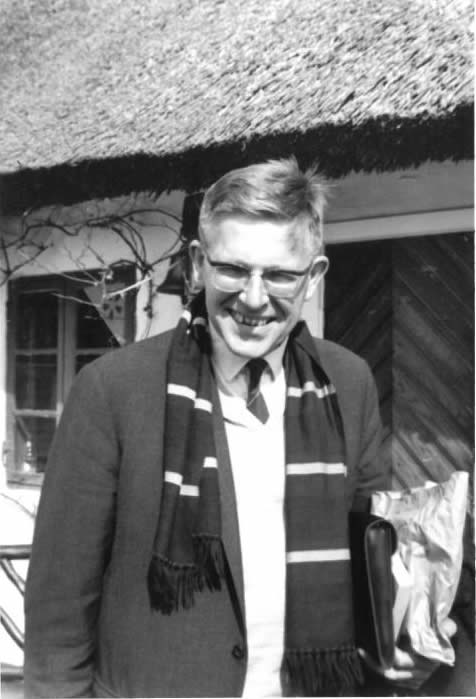 Professor Klaus Malten was born in Amsterdam, where his father had moved the Berlin family business of wholesale import/export of toys and small household wares in 1912. In 1938 he did his final school exams, however that year he contracted polio. In 1938 and 1939, he moved to a clinic north of Berlin, as the Germans had greater expertise in rehabilitation than the Dutch. Warned by his father, Klaus took the last train home to Holland, one day before Hitler invaded Poland on September 1st 1939.

Back in Amsterdam he started his studies at the university, and inspired by Albert Schweitzer, he wanted to become a tropical doctor. His illness and the war caused great delays – especially after students refused to sign a declaration of loyalty to Hitler’s German Reich. From 1943 he went into hiding in Haarlem and in November 1950 he finished the first part of his studies. In January 1951, during unexpected military service, he was appointed to the military hospital in Utrecht in the Department of Dermatology, where Professor Zoon was in charge. In 1952 he started his training as a dermatologist with Professor Prakken in Amsterdam.

In 1954 his career took off when he decided to investigate a case of a patient with eczema contracted at the work place. Klaus went to the factory and it became clear that about half of his co-workers were suffering from the same symptoms. They all worked at the new plastic division of Fokker airplane factory, making the prototype of the Fokker Friendship. Klaus’ investigation lead to his first research project, his PhD on the (dermatological) risks of the use of plastics in industry (1956), a new job at the Dutch Institute for Preventive Medicine (now TNO) in Leiden (1955-1959), a collaboration with Reinier Zielhuis , who was a part-time company doctor in the paint factory Sikkens and the joint book “Industrial Toxicology and dermatology in the production and processing of plastics” (1964). Klaus immediately realised that this research would result into a new sub-speciality in dermatology, which he would call occupational dermatology.

In 1956-1957 he conducted research into the use of azo dyes by the hand printers of textile printing factory van Vlissingen – the present Vlisco. In 1958 Klaus briefly did an internship to master the Schultz-Dale test with Professor Jadassohn in Geneva. From 1959 until his retirement in 1985, Klaus was attached to the Radboud University in Nijmegen, first as the chef de clinique to Professor J. Mali, from 1962 as Lecturer and from 1971-1985 as Professor by special appointment. In addition, he ran a private general dermatology practice at home from 1959-1985. In his life story he tells how much he enjoyed his general dermatological handwork, besides his specialised work at university.

Together with the members of the ICDRG, he developed the concept of the standard series for patch testing. Further research included the influence of soap and detergents on the skin with Dr. Thiele, perfume in soap and the development of perfume-free soap, shoe glue, off-set printing, and depigmentation by p-tertiary butyl phenol formaldehyde at the Yeast and Spirit Factory Ketjen in Amsterdam (1967) followed by a trip to Japan where Dr. Hara had encountered the same problem. He is probably best remembered for his description of skin barrier damage in irritant contact dermatitis. In a 2003 lecture, he argued for research without a project plan, because serendipity plays such a big role in research. He also pointed to the uninformed public’s ongoing misunderstanding, that so-called natural substances are obviously non-toxic, but synthetic substances are, without exception, toxic.

According to his daughters, Klaus was terribly disappointed when learning, in the final year of his working life at the University of Nijmegen in 1985, that the Department of Occupational Dermatology would be closed.
Klaus was a member of the ICDRG from 1967 and organized meetings in Arnhem (1971), Amsterdam (1976), The Hague (1984) and in Mollans-sur-Ouvèze (1987) near the house that he and his wife Bon Feltkamp had built in France.